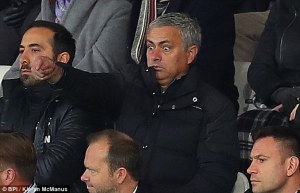 Jose Mourinho is on the warpath questioning the heart of Chris Smalling and Luke Shaw. The Guardians Jamie Jackson: “José Mourinho felt let down by Luke Shaw and Chris Smalling making themselves unavailable for Manchester United’s victory over Swansea City because he had told his squad to reward supporters who would be travelling to south Wales with a display of unswerving commitment.

Mourinho had questioned Shaw and Smalling’s desire to play through the pain barrier before and immediately after the 3-1 win at the Liberty Stadium. It is now understood that in the buildup to the match, Mourinho had impressed on his players the requirement to show resolve following poor results, in particular the 2-1 defeat at Fenerbahce three days earlier in the Europa League. United had defeated the Turkish team 4-1 a fortnight earlier.

In the dressing room before kick-off at Swansea, Mourinho issued what is described as “a rallying call”, with the manager particularly moved by United fans’ loyalty to him and the team.

He has told friends it is the best he has experienced in a seven-club, 16-year career that includes spells at Real Madrid, Chelsea and Internazionale. 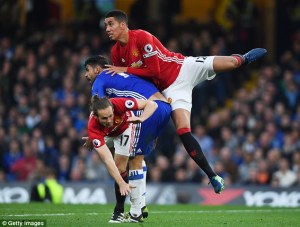 The 53-year-old’s intense determination to make United title challengers again is causing him to work relentlessly and while Mourinho is confident he will succeed, having assessed the squad in the opening three months of his first season, he believes some players in the squad are not good enough.

Mourinho is doing extra work on the training ground to try to improve these players before deciding whether they should be moved out of Old Trafford.

While Memphis Depay is one who is set to leave – probably on loan in January – the futures of Shaw and Smalling are now in doubt after Mourinho decided to go public with his disgruntlement.

A reason why Mourinho refused to drop Zlatan Ibrahimovic for the Swansea game despite him not having scored a Premier League goal since 10 September was the striker’s determination to do all he can for the side. Ibrahimovic repaid Mourinho’s faith by scoring twice in the 3-1 win.

Ibrahimovic had insisted on being included for an EFL Cup game at Northampton on 21 September despite the manager having planned to rest the 35-year-old former Sweden striker.

Mourinho expects the same level of dedication from all of his squad. 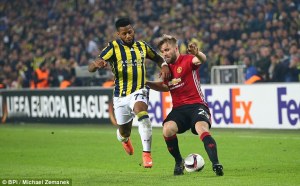