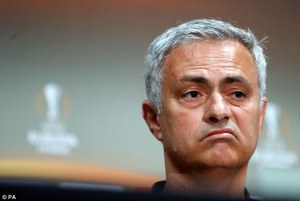 Jose Mourinho is trying to get it right at Man U. Many may not like it but this cat is a proven winner.

Man U won the Europa League to prove my point.

The Daily Mail wrote:” The bad news for Manchester United and Jose Mourinho is that this league season looks like being the club’s worst for 26 years. Not since the 1990-91 campaign have a United team finished so far behind the champions as the 24 points that currently separate them from Chelsea.

For those who like to look for omens, meanwhile, there is some encouragement to be found in symmetry.

Back in 1991, Sir Alex Ferguson’s team did finish 24 points behind champions Arsenal but they also reached the final of the League Cup and then won a major European trophy, the Cup-Winners’ Cup. 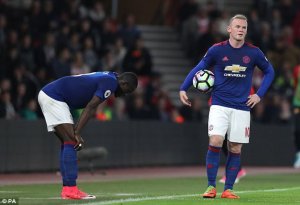 So as Mourinho and his players head to Stockholm to contest the Europa League final next Wednesday, they will hope history repeats. United have already won the modern version of the League Cup this season but only victory over Ajax, it seems, will save Mourinho from scorn.

United, it must be said, have rarely looked less like United than they have recently. Treading water in games against Southampton, Tottenham and Arsenal that their manager effectively said they could not win, United’s soporific football has left Mourinho open to suggestions that he is betraying club traditions. It has also left United with their fewest number of wins ever in a Premier League season.

Struggling for form is one thing, looking like you are not at full throttle is quite another and as United prepare to close their domestic season with Mourinho begging Sam Allardyce’s Crystal Palace for mercy on Sunday, two different arguments are at play. 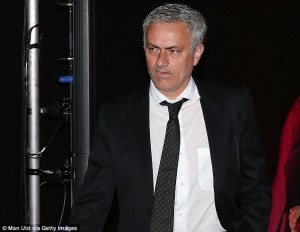 One surrounds Mourinho’s persistent bleating about fixture congestion and his claim that it was impossible for his team to push for progress in the Premier League and in Europe at the same time.

The other refers to the nature of United’s play throughout the whole campaign, one that currently sees his team boast a poorer home record than relegated Hull City.

Certainly, his complaining about fixtures is tiresome. Once he feels a grievance, the Portuguese rarely undersells it and he has reverted to type here. 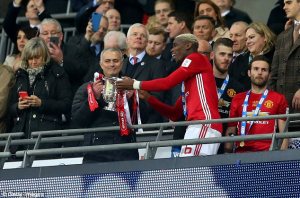 Big teams have often found themselves stretched as they chased trophies at the back end of a season. Some have cracked it while others have merely cracked, but it is worth noting here that when Ferguson’s team won the treble in 1999, they played more games than Mourinho’s United have this season.

Ferguson was no stranger to complaints about fixture congestion himself. Prior to a Premier League game against Everton in 2013, he suggested he would like his team ‘not to turn up’ rather than damage their chances in a game against Real Madrid that followed.

But during that incredible surge towards glory in 1999, Ferguson always made it clear he felt the monotony of game after game helped his players. 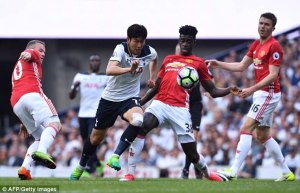 One of those players, defender Wes Brown, said: ‘If you keep winning, everyone’s playing well and there’s a good team spirit, it just carries on and carries on. It just keeps ticking. That’s what happened for us. You don’t really have a chance to think about tiredness or any negatives, you just think, “We can do this”.’

Mourinho sees it differently. He believes the Premier League should help United by moving domestic fixtures to maximise rest before European ties and he is not alone in this.

But he also believes — or claims to believe — that players can’t cope physically and mentally with what has recently been put before them.

The cynical will say the United manager has effectively thrown recent Premier League games because he knew he had no chance of catching Liverpool for the final top-four place. If you are going to lose out to your greatest rivals you may as well do it by pretending not to try.

Others will argue that by telling the world that all that matters is one game in Stockholm, Mourinho is focusing his players’ minds for one big night of glory and the Champions League place that will be handed out along with the trophy. 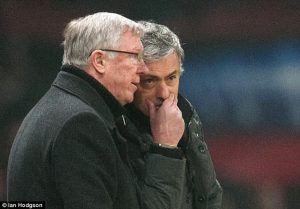 Whatever the case, the sight of United drifting aimlessly through recent league games has been strange and just about unprecedented.

United looked a decent bet for a surge into the top four when they won well at Burnley on April 24 but subsequently have tailed off so badly that their three recent games have resembled training matches.

It is this that takes Mourinho into dangerous territory more than any general accusations about style or tactics.

Though many will tell you otherwise, those of us who sat through the second half of Ferguson’s reign at Old Trafford will testify that it was not all champagne and roses. 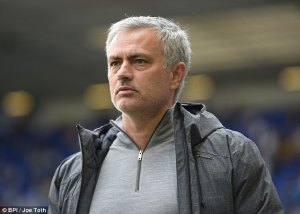 There was plenty of very good football and then there were long stretches when United managed to win seemingly out of habit and sheer will alone.

Ferguson was committed to attacking football, Mourinho less so. But United knew that when they hired him. As last season drew to a close under the broken figure of Louis van Gaal, United needed Mourinho more than even he needed them. So why should he change?

So far, he has delivered a Community Shield and League Cup.

Already, he has kept a good chunk of his part of the bargain while other, supposedly more progressive clubs, such as Liverpool and Tottenham, have won precisely two major trophies between them in the last 11 years.

Mourinho did not come to Manchester to turn the world’s most famous football club into the Harlem Globetrotters. He came to mend what was broken, rebuild an identity and ease a broken-down first-team squad back into a forward gear.

To a large degree, he has done this and, with that, has come the return of a little pride. 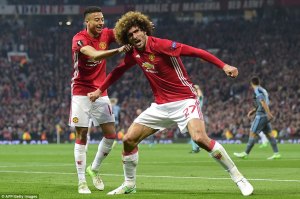 Mourinho’s recent behaviour has been complicated to say the least and he definitely needs to come away from Stockholm with the big prize next week for the ends to have justified the means.

But this is what you get with the 54-year-old. Mourinho was never going to mould himself to Manchester United. It was always going to be the other way round.

And for those who like to look at history for comfort and reassurance, it is worth noting that, in 1993, two years after trailing in so far behind champions Arsenal, Manchester United won the Premier League. 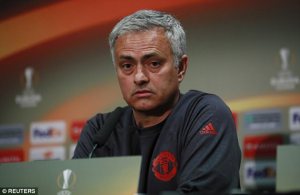