The heavy weights will duke it out later today at Old Trafford Man U- Man Shitty. This will be an all-out war.

Saturday saw Chelsea drop a 1-0 loss to West Ham at the Hammers house. 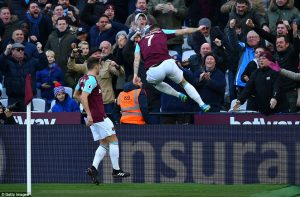 West Ham started brightly and took the lead on six minutes when Arnautovic netted his first Hammers goal after a one-two with Manuel Lanzini.

Chelsea dominated possession as they searched for an equaliser but Adrian saved from N’Golo Kante and Davide Zappacosta in the first half, while Alvaro Morata and Eden Hazard missed good chances late on. 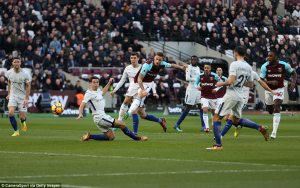 Tottenham wins their first match since November 5th a 1-0 win over Crystal Palace.

Harry Kane led the way with the daily double in the 54th and 65th minutes.

Tottenham stays in fifth place for now with 28 points.

My Gunners battle Southampton later today at the Saints house. 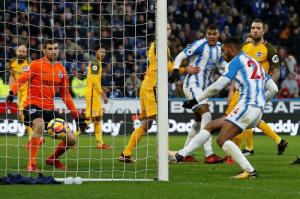 In a wild one Leicester City sent Newcastle to their third straight home defeat a 3-2 shocker.

EPL Match Report:” A late own goal by Ayoze Perez condemned Newcastle United to a 3-2 defeat by Leicester City at St James’ Park.

The hosts got off to a perfect start when Dwight Gayle’s cut-back was converted by Joselu after four minutes.

The Foxes took the lead on the hour when Demarai Gray’s strike flew in off Florian Lejeune. 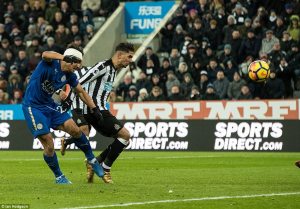 But with four minutes left Perez put the ball past Darlow in an attempt to cut out Jamie Vardy’s pass for Shinji Okazaki. 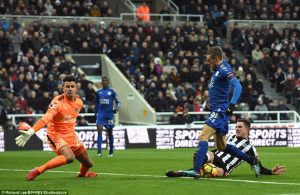