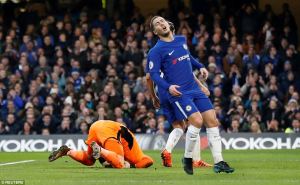 Chelsea had a chance to apply the pressure on Man U. Instead the Blues and Leicester City tied nil-nil. This tie cost Chelsea a ton. The Blues are tied on points and but trail on goal difference with their hated rivals Man U.

Spurs kicked ass and took names in a 4-0 thrashing of Everton.

Depending on what happens when Liverpool entertains Man Shitty at Anfield on Sunday. The Reds have 44 points.

Arsenal will duke it out at Bournemouth on Sunday as well.

The Eagles are on a hot streak. Crystal Palace defeated Burnley 1-0.

The Eagles have won two in a row. Crystal Palace has 23 points sitting in 12th place.

Newcastle and Swansea City tied one all. 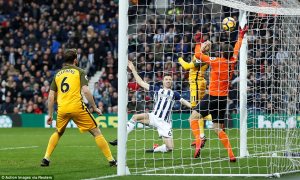