Third place Liverpool had a chance to be level on points with second place Man U however Stoke City put up a heck of a fight at Anfield in a one all draw.

The Reds stay in third place with 72 points. 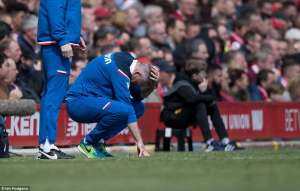 Man U has a hot date with hated rival Arsenal later today at Old Trafford.

The leading scorer was a goal from setting a mark for the most in a 38-match season but was shut out at Anfield for the first time since Boxing Day.

It appeared Salah would get his 32nd goal of the season when he was sent through in the sixth minute, but his trademark chipped finish went narrowly wide.

An organised Stoke side defended well to restrict Liverpool to half-chances after the break and they almost grabbed a winner at the end through Ryan Shawcross, who poked wide.

The point lifts Stoke to 30 points, three from Swansea City in 17th, with only two matches to play.

The battle for the voce vai zone is full swing. Southampton was given a slim life line with a 2-1 win over Bournemouth. The Saints Dusan Tadic’s daily double in the 25th and 54th minutes was the difference in the match.

Southampton is in eighteenth place with 32 points.

West Brom kept their slim hopes alive of avoiding you’re outta zone with a 1-0 win over Newcastle at Toons house.

The Baggies are in the whale dung position with 28 points.

West Brom has two matches left in the season. 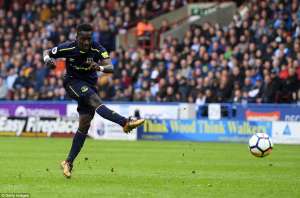 The Clarets are seventh place with 53 points while the Toffees are eighth with 48 points.

With two matches left for both Burnley and Everton, the Clarets need at least one more win to secure the final Europa League spot. 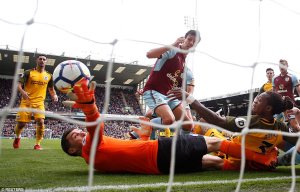 Chelsea defeated Swansea City 1-0. The Blues are within two points of fourth place Spurs. Chelsea has 66 points while Tottenham as 68 points.

Spurs- Watford will duke it out tomorrow at Wembley Tottenham’s home away from home.